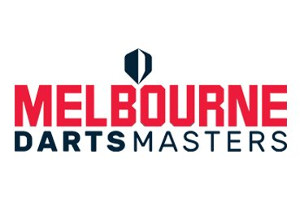 Last weekend in Brisbane the darts world provided one of the biggest shocks in recent memory. We’d all written off 150/1 outsider Damon Heta but the 32 year old journeyman Aussie came through the rounds before seeing off Rob Cross in a dramatic final.

Heta now takes his place in the Melbourne Masters and, while his own price has shortened considerably, the bookies still have their usual favourites at the top of the outright betting. We’ll take a look at all the main candidates at a time when darts has become notoriously tricky to call.

This is the third running of the Melbourne Masters and an event that forms part of the World Series of Darts. The sport has always been hugely popular in Australia and New Zealand but fans Down Under haven’t always had a chance to see their heroes close up.

Phil Taylor won the inaugural event back in 2017 in what was to be his last televised title. The Power beat Peter Wright in the final but Snakebite went one better the following year and will go into this year’s edition as the defending champion.

The format is similar to the Brisbane Masters last week with eight players automatically progressing from the PDC Order of Merit. They will be joined by two wildcards and six regional qualifiers in an overall entry of 16 players.

The first round is the best of 11 legs while all subsequent rounds - quarter finals, semi and final - feature a race to eight legs. Once again we have a very brief tournament which starts on Friday 16th August and concludes the following day so let’s get straight on and see if we can find a winner.

Michael Van Gerwen continued his mixed run on the oche as he went down to Daryl Gurney last week. MVG had whitewashed Ben Robb in the first round before Gurney claimed a comfortable 8-5 victory.

Van Gerwen remains the highest ranked player here but he continues to come in at above Even Money. For this tournament, the Dutchman is the favourite at best industry odds of 7/4 with William Hill.

It’s been a productive period for 2018 PDC World Champion Rob Cross and while ‘Voltage’ couldn’t quite get over the line against Damon Heta, he remains the form thrower this week. Cross is on offer at 4/1 with most bookmakers, including 10Bet and Betway and that puts him just ahead of two dangerous Scotsmen.

Defending champion Peter Wright has the best overall record in the Melbourne Masters and you can back ‘Snakebite’ at a top price of 6/1 with SportingBet. The ‘Flying Scotsman’ Gary Anderson is next up at a best of 7/1 with Ladbrokes and Coral and from that point, the market starts to move out.

James Wade can be claimed at 14/1 with BetFred and Betway and that puts the Machine just ahead of Daryl Gurney at best odds of 16/1 with Royal Panda. Of the names in the chasing pack, Gurney reached the semi final in Brisbane while others struggled. Anderson was a victim of Damon Heta in the quarter finals while both Wright and Wade lost their first round games.

There may be some interest in Simon Whitlock this week after The Wizard made it through to the semis in Brisbane. Whitlock has a home crowd behind him and he can be backed at best odds of 25/1 with Coral and BetFred. Fellow Australians Corey Cadby and Kyle Anderson can both be picked up at a top price of 33/1 with Ladbrokes while Raymond Van Barneveld is quoted at a best of 50/1 with SportingBet and Royal Panda.

Of course, we have to mention Damon Heta after his extraordinary performance last week. The 2019 Brisbane Masters Champion is down at 33/1 in places but you can improve on that by taking the 50/1 on offer from BetFred.

We saw a shock last week so we aren’t necessarily ruling any other thrower out but surely we’ve already mention the name of the new Melbourne Masters Champion.

Darts has been wide open for much of the last year and even if we take out last week’s shock outcome, there have been plenty of surprises. Ian White, Max Hopp, Johnny Clayton and others all came through to claim titles in 2018 as Michael Van Gerwen’s dominance started to wane.

That makes it so hard to pick a winner this week but, having looked to take advantage of Van Gerwen’s odds against price last time out, we’ll give it another try. As soon as MVG starts winning again - and it will be soon - those odds will start to tumble and there may never be a better time to back the Dutchman.

Michael Van Gerwen for the win is the pick while Gary Anderson is overdue in terms of a strong tournament so we’ll add the Flying Scotsman as an Each Way option. At the time of writing, there are no additional side markets such as highest checkout or nine dart finish so we’ll stay with these tips and look for a more profitable weekend Down Under.