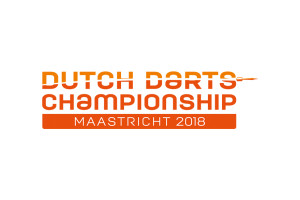 Following an entertaining tournament in Germany last weekend, the European Tour makes the small trip to the Netherlands for this week’s Dutch Darts Championship. Michael Van Gerwen came through as favourite to win on Sunday and with a supportive home crowd, MVG is heavily backed for a repeat performance.

We’ve another week where some high profile PDC players will be taking a break and that leaves Mighty Mike as a red hot option for that follow up victory.

The format for the Dutch Darts Championship will be very familiar to those who have been following recent tournaments in Australia, New Zealand and in Europe. The top 16 available throwers from the PDC Order of Merit will take their place alongside a further 16 regional qualifiers.

Those are relatively long games but with a number of players missing, there is scope for an upset as we saw in Germany when James Wilson made it to the final in Germany last weekend. Taking all of that into account, who is likely to take home the trophy this time around?

He’s the best player in the world and while he hasn’t exactly dominated the darts scene in 2018, Michael Van Gerwen is bang in form with that victory in Germany. The Dutchman is therefore clear favourite to win his home championship this week and you can currently pick up MVG at best odds of 11/17 with SportingBet.

Prior to that victory in the German Darts Championship, Mighty Mike was runner up to Rob Cross in the Brisbane Darts Masters and when you consider the absentees this week, it’s going to be tough to shift the Dutchman from his current run of form.

As we head to Maastricht for Friday’s first throw, there’s no Gary Anderson, no Rob Cross, no Michael Smith and no Barney so there may be less scope to topple the market leader. We do, however, have Peter Wright who is second favourite for this tournament at best odds of 5/1 with Ladbrokes and Coral.

Snakebite Wright endured a dip in form at the start of the year but has since recovered and the Scot claimed the Melbourne Darts Masters recently. He’s clearly the main threat to Van Gerwen and behind Wright we have a gap to Mensur Suljovic at a top price of 16/1 with SportingBet.

Mensur has had a typically ‘up and down’ year but did push Gary Anderson close in the World Matchplay final. ‘The Gentle’ may be a good Each Way option but with SportingBet not offering E/W terms at the moment, you would have to switch to the 12/1 price offer by either Coral or Ladbrokes.

Moving through the list, James Wade is enjoying a return to form and can be backed at best odds of 22/1 with Ladbrokes and Coral while the same bookmakers have a top price of 25/1 down for Adrian Lewis. Daryl Gurney then follows at a best of 30/1 with SportingBet before we get into the real outsiders.

James Wilson has yet to get through qualifying for this event but after making it all the way to the final in Germany, the 46 year old will attract some interest at best odds of 100/1 with Ladbrokes and Coral. The man with the interesting nickname of Lethal Biscuit took MVG to a 6-8 scoreline but it’s his first real success since crossing from the BDO.

Elsewhere, some punters may want a look at Simon Whitlock at a top price of 66/1 with Ladbrokes and Coral while Darren Webster and Gerwyn Price are both on offer at a best of 80/1 with SportingBet.

Kyle Anderson at 80/1 and Stephen Bunting at 100/1 are also involved but in all probability, we have already mentioned the winner of this year’s tournament long before we made it to the outsiders section.

More bookmakers should declare prices before the tournament begins on Friday but the fact that so few have got involved with 48 hours to go hints at how they think this will go. Michael Van Gerwen is set to face Dave Chisnall and then probably Simon Whitlock but it will take a big upset to knock the favourite and number one seed off course.

The projected final is between MVG and Peter Wright and that certainly isn’t a foregone conclusion. Snakebite has a recent win on tour and like Van Gerwen, he should progress serenely to the last two.

In a one off game, there is every chance that the outsider will come through and because MVG has been less than dominant this season, there is some value in Wright’s win odds of 5/1.

For those who want to look beyond the top two, the inconsistent but talented Mensur Suljovic may be the best option at 12/1. The Austrian in is Wright’s half of the draw and would need to get to the final but he’s in reasonable form and is worth a small punt.