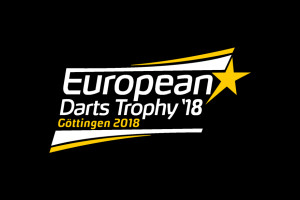 The long PDC European Tour finally reaches its conclusion this weekend with the thirteenth of thirteen scheduled events. We finish with the European Darts Trophy which will be held at the Lokhalle in Gottingen, Germany, with Michael Van Gerwen our defending champion.

MVG beat Rob Cross in last year’s final and the prolific Dutchman warmed up nicely for 2018’s renewal with victory over Peter Wright at the Unibet World Grand Prix. As we move to Germany, both men are getting support but who will come through after a long series of matches?

The European Darts Trophy features a sizeable field of 48 players and it includes the highest available throwers from the order of merit. They will occupy 16 of those slots while the remaining 32 places are taken up by qualifiers who will come from one of five different routes.

We’ve dispensed with the double in format that we saw last week so there tends to be fewer shocks in this event and it all kicks off in round one where the games are the best of 11 legs. There are no changes until the semi finals which then become the best of 13 before the final itself which is best of 15.

2017’s edition was the first ever running of this event so to date, MVG is our only winner of the European Darts Trophy and it will be no surprise to see him at the head of the market for the 2018 renewal.

Michael Van Gerwen is back to defend his trophy and after briefly edging above the Even Money mark at the World Grand Prix, the Dutchman is an odds on shout once again at a best of 4/5 with SportingBet.

Like all of the 16 players who come into this tournament via the PDC order of merit, Van Gerwen gets a bye into the second round and his half of the draw offers what looks to be a straightforward passage into the final.

Van Gerwen does look as if he is moving ominously into form in the run up to the World Championships at the end of the year and with Gary Anderson sitting this tournament out, the competition is reduced.

We therefore move a fair way back to second favourite Peter Wright who can be backed at 13/2 with EnergyBet while Rob Cross follows at a top industry price of 9/1 with LVBet. The threat seems to come from Wright who is in a decent run of form that took him to the World Grand Prix at the weekend.

Cross is the World Champion but, although he has a recent win from the time that the Tour headed Down Under, it’s not been a productive 2018 for ‘Voltage’. One man to watch could, however, be Mensur Suljovic who is quoted at best odds of 14/1 with SportingBet.

The awkward Austrian has been one of the most consistent players on the circuit this season and he’s also been the most active, staying on the tour while most of his opponents decided to take breaks along the way.

At that price, Suljovic is a strong contender as an each way pick at the very least.

Behind the top four, prices start to move out until we reach Michael Smith who is available at a top price of 25/1 with SportingBet. It’s been a solid year for Bully Boy with a tournament win and a good showing in the Premier League but can he keep pace with a strong field which features Van Gerwen getting back to his best?

Also available in the longer priced pack is Gerwyn Price who is displaying his best form of the year while battling an Achilles injury. Ice Man Price is on offer at very distant best odds of 80/1 with SportingBet and he is another man to consider as an Each Way punt.

Other darters to have shown form this year include Ian White who registered his first PDC tournament victory and can be found at 33/1 with LVBet while Adrian Lewis at 28/1 with EnergyBet and James Wade at 50/1 with SportingBet are both experienced campaigners who many will be considering this week.

We mentioned the draw and with Gary Anderson not taking part this week, it does look as though Michael Van Gerwen can coast through to the final with barely a challenge. The early ties could at best be described as tricky with the improving Max Hopp waiting in the second round but MVG’s biggest threat looks to come in the semi finals where he is seeded to play Michael Smith.

In short, we’re not looking past Mighty Mike this weekend but as is often the case, there is little value in his odds on price. We’re therefore looking for some each way punts and, you may want to wait for more bookmakers to declare in order to get some favourable terms.

Our tips will take Van Gerwen’s half of the draw out of the equation for the reasons that we’ve stated and we’ll start with Mensur Suljovic who has been so consistent this year. Also tempting is Gerwyn Price who is, ironically, really starting to hit form despite that nagging Achilles complaint.

Price and Suljovic are seeded to meet each other in the quarter finals so at least one of those players will be eliminated prior to the semis but you can take both as a possible hedge. Van Gerwen will win in our opinion so by all means take a small profit at 4/5 but the value will hopefully lie in the Each Way markets this weekend.