A History of Darts 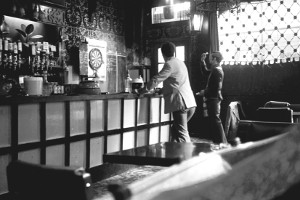 In the early days, most true sports fans scoffed at the idea of darts. For many, this was merely a pastime and not a sport in the real sense of the word. Darts was something you played for a laugh and not a game that anyone took too seriously.

There were some professional tournaments around in those early days although the fact that the first World Championship didn’t come along until the 1970s rather illustrates our point. Fast forward over 40 years however, and everything has changed!

In the present day, there is a professional darts tournament taking place on most weekends of the year. Hundreds of thousands of pounds are put up in prize money for the major events and some of the players involved are international stars.

Michael Van Gerwen won his third world championship at the start of 2019 and is by far the biggest darter in the game right now. The Dutchman picks up from the legacy of Phil Taylor who was the best player that darts has ever seen. Going back through history we can praise Eric Bristow, Jocky Wilson, John Lowe and others for bringing darts into the mainstream. In the present day, Van Gerwen is joined by the likes of Peter Wright, Gary Anderson and Rob Cross as the giants of the game.

Darts is bigger than it’s ever been yet it’s still growing but how did we get to this point?

Crudely manufactured darts have been used in ancient warfare for centuries before they were turned into the elementary form of the game that eventually became the sport as we know it. The art of throwing a dart at a target has therefore been with us for many decades but in the 19th century, we moved on from human targets and started using a dartboard.

Early games of darts originated in pubs up and down the UK: It was a familiar location at the time and for many years, the game was synonymous with pubs and bars up and down the country. It’s felt that crude early versions of the game involved firing darts at a target via a blowpipe. It was probably a less than scientific sport so in time, the blowpipe was ditched in favour of throwing hands which were far more reliable.

The sport continued and the next big development came in 1896 when the conventional dartboard was invented. Constructed by a carpenter called Brian Gamlin, the board follow the numbering system that we know today although there were no doubles or trebles. The 20 section was placed at the top but the bullseye did exist and this was the highest scoring portion of the board.

In the modern era, we still have a choice of dartboards. The ‘Yorkshire Board’ has doubles but no trebles and it is still used in some pubs in that area of the UK. However, the board that is used for conventional darts is the one that is utilised in all professional tournaments. There are doubles, trebles, an inner and outer bull and all the numbers follow the recognised pattern with 20 at the top.

It’s popularity continued but how did darts, unlike other pub pastimes such as skittles and shove ha’penny, make it out into the wider world and onto our TV screens?

The early 1900s saw more important inventions such as the dart flight and the oche. These were important in regards to darts’ development but we were still some way away from seeing the game move out of pubs and into a professional environment.

Two World Wars in the first half of the twentieth century saw pro sport grind to a halt but between those two conflicts, the professional game started to grow. The sport’s first governing body was formed as the National Darts Association (NDA), began in 1924. Three years later, a popular UK national newspaper sponsored a pro tournament so, in 1927, we saw the birth of the News of the World Individual Darts Championship.

The NDA had standardised the rules of the game while the sponsorship of the News of the World helped to attract more players to darts. That initial tournament was restricted to players from the Metropolitan Area of London but by 1930, the field had extended to most of England.

By 1939, an incredible 280,000 players put their names down for the News of the World competition before war kicked in and stunted the growth of darts.

Darts continued to be played on a more social basis between 1939 and 1945 but the News of the World tournament did not return until 1947. By then, a second competition, sponsored by the People newspaper, had incepted but the National Darts Association did not regroup. In time, darts saw a new governing body with the arrival of the National Darts Association of Great Britain (NDAGB), and the pre-war shoots began to grow once again.

Those shoots really began to blossom when TV came along and started to take an interest. In the early 1960s, the outlook was very positive for the sport but the arrival of television took darts from beyond the fringes and into millions of homes. 1962 was the year of the very first televised TV darts tournament as the regional broadcaster, Westward, gave the UK the Westward TV Invitational.

At the time, there was no darts World Championship so the long-standing News of the World competition was widely considered to be the most prestigious in the game.

TV coverage continued to build however and in time, the sport moved away from regional television and into the mainstream. ITV started to pick up the News of the World tournament and when the World Championships were finally incepted in 1978, the BBC began to take notice.

It helped that, at the time, there were a multitude of characters involved with darts and many of them went on to become household names. Leighton Rees made an early impact in those world championships and in turn, Eric Bristow and Jocky Wilson began a great and enduring rivalry. Phil Taylor also began to emerge and the man known as The Power, would go on to become the best thrower of all time.

With the British Darts Organisation (BDO) having formed in 1973, the sport was receiving its biggest ever boost but there were some troubles ahead. In 1982, there were just four terrestrial TV channels available in the UK and with the organisers trying to take things to a worldwide audience, they were frustrated by a lack of possible exposure. Only the major darts tournaments were televised and in order for the sport to develop further, things just had to change.

In the present day, commentators on the game will frequently refer to the ‘notorious split in darts’. Moves in this respect began in the early 1990s as the top players sought more exposure and greater monetary rewards for their efforts on the oche.

To understand this fully, we have to go back to 1973 when the British Darts Organisation (BDO) was formed. With the sport on the rise and the TV companies starting to take an interest, the BDO was incepted with a view to growing the game and looking after its players on the circuit. Five years later, the very first BDO World Championship came along and the game began to build from this point onwards.

TV coverage at the time was restricted to three terrestrial channels across the UK and although the World Championships were picked up by the networks, the majority of minor tournaments were ignored. From the second half of the 1980s onwards, the satellite broadcasters started to find their feet and darts, along with other sports, started to spot the potential. With multiple channels available, the likes of Sky and others were able to offer far more exposure and they knew they could build up an audience that would want to watch all major darts tournaments across the world.

Accordingly, in 1992, the BDO saw a split in the sport and a new federation was formed. Initially known as the World Darts Council, it as quickly renamed as the Professional Darts Corporation (PDC). To this very day, the BDO and the PDC sit alongside each other in what has been a very uneasy situation over the years.

Generally speaking, the best players in the game gravitate to the PDC because this is where the biggest tournaments, and the biggest prize money, can be found.

The BDO can still boast a major tournament however and their version of the World Championship now goes off in the second week of January each year. This immediately follows the PDC tournament which dominates the festive TV schedules and ends with the final on New Year’s Day.

There are moves to forge closer links with the BDO and PDC but for now, the two separate organisations co-exist with the best players ultimately looking for a career with the Professional Darts Corporation.

Darting into the Future

The building of bridges between the BDO and the PDC will be fascinating to follow in the years that lie ahead but whatever happens, the future of darts is assured. The PDC World Championship is still considered to be the pinnacle of the game but this is now the busiest period in the sport’s history.

Since the late 1970’s, darts has truly become a global phenomenon with players from all over the world competing. We’ve seen PDC World Champions from Canada and the Netherlands while throwers from Australia, Belgium, Germany and the Asian continent are among those that have really made their mark in this sport.

In turn, tournaments have also spread: Every year, the PDC Tour heads to Australia and New Zealand while mainland Europe and Asia are also covered. That World Championship is now joined by world class events including the Premier League, the Grand Prix, the Players Championship and many more.

Michael Van Gerwen began 2019 as the dominant force in darts but the challenges are growing. We’re therefore set for another thrilling few years in the sport that shows no signs of slowing down.