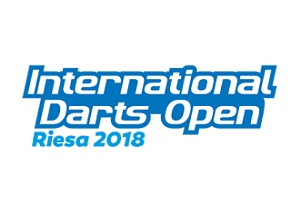 A weakened field at the Dutch Darts Championship last weekend always had the potential to provide an upset and so it proved. The event gave us an unlikely champion in Ian ‘Diamond’ White who won his first PDC event in over 60 attempts and the veteran thrower now shortens for this week’s tournament.

We make the short trip back to Germany for the International Darts Open where once again, some notable absentees from the field could lead to some value in the penultimate event on the 2018 European Tour.

This will be the fourth edition of the International Darts Open in a competition that has produced its share of upsets over the years. Michael Bully Boy Smith opened up with the first title in 2015 and he was followed up a year later by Mensur Suljovic who won his first tour event here in 2016.

Peter Wright is our defending champion and while these are all exceptional throwers, this hasn’t always been the most competitive event on the circuit.

48 players will line up at the SACHSENarena in Riesa, Germany this week: these will comprise the best 16 available throwers from the PDC Order of Merit and they will be joined by various regional qualifiers.

There are six stages to the competition and in the first, second and third rounds plus the quarter finals, it’s the best of 11 legs. The semis are the best of 13 and there is a change to the final which was first to six legs last year but now it’s a race to eight.

That completes the guide to the tournament but who is in the frame to win it?

The big news this week is that Michael Van Gerwen will sit this one out so for once, we don’t have an odds on favourite for a PDC event. Also absent in Germany are Rob Cross, Gary Anderson and Michael Van Gerwen so that leaves out in front at best odds of 2/1 with SportingBet.

Snakebite Wright is back to defend the title that he won here in 2017 after a narrow, 6-5 victory over Kim Huybrechts in the final.

A few points behind the favourite is another former champion and another darter to have beaten Kim Huybrechts in the final. Mensur Suljovic is on offer at a top price of SportingBet again and the Austrian is getting plenty of support at that figure.

It’s worth noting at this point that with just over two days to go until the first dart is thrown, SportingBet are the only bookmaker to declare prices at this stage. This should change but this bookie is always competitive so these odds should be representative of the rest of the industry.

Behind the two favourites, Adrian Lewis is on offer at 8/1, followed by Ian White at 10/1 and Daryl Gurney at 11/1 and once again, all of those prices are with SportingBet. ‘Diamond’ White is our most recent winner on the European Tour and with another restricted field in prospect, he could go deep into the tournament once again.

Lewis isn’t the same player who won two World Championships but once again, with many of the biggest names in the game sitting this one out, ‘Jackpot’ has a real chance. Gurney can also come through but he’s not been in the best of form this year and it will be a surprise if he keeps his place in the Premier League for next season.

Also in this chasing pack, carrying mid-range prices, are Dave Chisnall, Simon Whitlock and Joe Cullen, all at 16/1 with SportingBet.

While the full list of qualifiers has yet to be confirmed at the time of writing, there is some good value as we move through the current players and as we saw in Holland last weekend, there is potential here for a real long shot to come through and deliver a profit.

Some of the standout figures in this bunch include Darren Webster at 33/1, Kyle Anderson at 33/1 and James Wilson at 50/1 - all with SportingBet. Wilson was recently battling with Michael Van Gerwen in the final of the German Darts Championship and having taken MVG close in that match, he’s one to watch this week.

Also worth considering is Kim Huybrechts who, as we’ve seen, has an excellent record in this event, having reached the final in each of the last two seasons. Huybrechts is available at 50/1 while there’s also Mervyn King at 66/1 plus Steve Beaton and Robert Thornton at 80/1. As you will have guessed by now, all of those prices are listed by SportingBet.

The only downside with SportingBet being the only bookmaker to offer early prices is the fact that they don’t have Each Way options for this tournament so for now, it’s all about picking a winner.

Peter Wright is the obvious favourite as the best player on show but Snakebite has the tougher draw in our opinion and could face Huybrechts in the third round, followed by Adrian Lewis later in the competition.

In contrast, second seed Mensur Suljovic has a relatively easy path to the final and although we’ve seen a number of upsets on the European Tour this year, the most likely challenge to the Austrian looks set to come from Simon Whitlock and possibly Ian White if he carries over the momentum from last weekend’s win.

When the markets do expand, it could be worth looking for a long each way punt on Adrian Lewis who has the competitive temperament to upset Wright before thriving in the latter stages of the draw but the tip for now is Mensur Suljovic who is in good form and will relish a return to an event that holds happy memories.