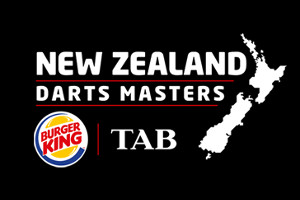 As the World Series continues, we have a brand new event for 2019 in the shape of the New Zealand Darts Masters. The success of the summer tour Down Under sees the majority of the world’s best players cross the Tasman following two dramatic tournaments in Australia and we now have a strong field of 16 at the Claudelands Arena in Hamilton.

It all starts this Friday, August 23rd, so let’s take a quick look at the format before deciding on a winner.

As we mentioned, there is no history to speak of although there have been professional darts events held in New Zealand for a number of years. In fact, this event is something of a direct replacement for the Auckland Masters which ran for four years from 2015 to 2018. It might be worth noting that Michael Van Gerwen won that 2018 renewal while Gary Anderson is another, previous Auckland Masters Champion.

But on to 2019 and the New Zealand Darts Masters which features an identical format to the two tournaments held in Australia. 16 players are present including the top eight available players from the PDC Order of Merit. They will be seeded and subsequently joined by a mix of wildcards and regional qualifiers.

We have just four rounds and the first of these is the best of 11 legs. From there, every round from the quarters to the final itself is a race to eight legs and all of this is done and dusted in just two days. It’s a new event but a very familiar face sits at the top of the betting this week.

Michael Van Gerwen would never stay out of form for too long and the Dutchman finally gave us a profit last week as he took out the Melbourne Masters. MVG was back to his dominant best at times, whitewashing Peter Wright in the semis before taking the title with an 8-3 victory over Daryl Gurney.

Based on that performance, some may be surprised to see Van Gerwen remain at odds against numbers for New Zealand and you can back him at best odds of 6/4 with BetFred and SportingBet. It could offer some value for back-to-back wins and, as usual, it puts Mighty Mike some way ahead of the chasing pack.

Our second favourite this week is Rob Cross who can be picked up at a top price of 9/2 with BetFred. ‘Voltage’ reached the final of the Brisbane Masters earlier in the month before falling victim to Gurney in the semis last time out so he’s in decent touch.

Behind Cross is Peter Wright at best odds of 7/1 with 10Bet and Bethard and that figure puts him just ahead of fellow Scot Gary Anderson who is available at a top price of 15/2 with BetFred. Snakebite Wright’s patchy form was on the up before that demolition by Van Gerwen in Melbourne while Anderson also succumbed to MVG - by eight legs to six in the quarter finals.

Also in the chasing pack is last week’s beaten finalist Daryl Gurney. The Northern Irishman is quoted at 11/1 with William Hill and SportPesa before the market starts to drift.

Behind Daryl Gurney we come to James Wade who is on offer at 18/1 with Betway and Royal Panda. The Machine made an impressive comeback last year, winning back to back trophies on the PDC Tour but he’s yet to rediscover that touch in 2019.

Corey Cadby has withdrawn so please ignore any lingering prices for the Australian. Instead, you can consider Raymond Van Barneveld at best odds of 40/1 with Ladbrokes and Coral or Simon Whitlock at that same top price of 50/1 with BetFred.

Elsewhere, Kyle Anderson is a former winner of the Auckland Masters and he can be picked up at a best of 50/1 with BetFred while Damon Heta is also at 50/1, this time with SportingBet and Royal Panda. Heta was the shock winner of the Brisbane Masters two weeks ago and will continue to attract interest following that astonishing victory.

Beyond those names, the remaining darters are given little chance. We move all the way down to Ben Robb who is the rank outsider and can be backed at a top price of 500/1 with Coral and Ladbrokes.

As Michael Van Gerwen lifted the trophy in Melbourne last Saturday, he trotted out the old sporting cliche of form being temporary and class permanent. We always knew that his dip wouldn’t last and if he keeps winning, it won’t be long before the Dutchman’s outright win odds start to dip below Even Money once again.

We agree with MVG’s summing up but the player attracting our attention this week is Gary Anderson. The Flying Scotsman is still feeling his way back following the back problem that kept him out of the Premier League but a big win cannot be too far away.

Class really is permanent and while Anderson is at a more advanced stage of his career than Van Gerwen, the Scot has plenty of strong performances left.

At the time of writing, there are no additional side markets beyond the outright win so we’ll sign off with the one tip and hope that it’s Gary Anderson’s time to return to glory down in Hamilton.