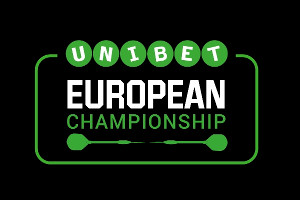 The countdown is firmly on to the PDC World Championships at the end of the year and between now and December, we have a number of major tournaments to contest. Next up is the European Championships which are held in Dortmund, Germany, with the first dart set to be thrown in anger on Thursday October 25.

As we head towards those PDC worlds, Michael Van Gerwen is looking in ominous form and the Dutchman is a natural favourite for this established event.

The 2018 renewal will be the eleventh edition of the European Championships following the first instalment back in 2008. The tournament has largely been held in Germany with brief trips to Belgium and the Netherlands and it now makes its way to the Westfalenhallen in Dortmund for the very first time.

The 2008 European Championships was won by the great Phil Taylor who went on to claim the trophy for the next three years. The Power’s record has, however, been matched by Michael Van Gerwen who will be seeking his fifth straight victory this time around. That means that we have only ever seen four winners of this trophy with Adrian Lewis and Simon Whitlock’s solitary victories sitting alongside those of Taylor and MVG.

There are no qualifiers here so the top 32 available players on the PDC Order of Merit will compete in a straight knockout. The first round is the best of 11 legs and then we have a jump to the best of 19 for the second - a number that is maintained for the quarter finals.

In the semis it’s the best of 21 and that’s also the case for the final which will take place on Sunday October 28.

Given his return to top form and his stunning record in this event, it’s surely no surprise to see Michael Van Gerwen start as hot favourite at odds of 3/4 with SportingBet. No other player has shown any consistent form this season and although any number of darters could beat him ‘on their day’, it’s worth remembering that Gary Anderson has chosen to sit this one out.

Flying Scotsman Anderson is likely to have started as second seed and could have given Mighty Mike a real battle in the final but instead, the favourite has what looks to be a clear path.

Rob Cross was runner up to Van Gerwen last year as his form improved on the way to the World Championship Win. ‘Voltage’ secured a recent victory when the Tour headed to Australasia but for the European Championships, Cross is merely the fourth favourite at best odds of 12/1 with Ladbrokes and Coral.

That means that our second favourite this week is The Gentle - Mensur Suljovic - who is quoted at 15/2 with 10Bet and SportPesa. The Austrian has been a consistent performer, and a winner, on the circuit this season and seems to be throwing his best darts right now.

Peter ‘Snakebite’ Wright is the next name on the list at best odds of 10/1 with Unibet and beyond Rob Cross, the market starts to really drift.

Among the list of outside bets are a number of players who have performed well this year and have even won tournaments in the absence of some of the big names. The list is led by Michael Smith at 20/1 with Ladbrokes and Coral and is followed up by Daryl Gurney at best odds of 25/1 with Betway and 10Bet.

2018 has seen a welcome return to form for James Wade who made it to the final of the European Trophy before being outclassed by Michael Van Gerwen. The Machine has remodelled his action and will attract some interest at a top price of 28/1 with MarathonBet.

Moving through the field, Adrian Lewis and Dave Chisnall can both be claimed at a best of 40/1 with Betway while Gerwyn Price who has been in good form and is placed third in the Order of Merit, looks generous this week at a top price of 66/1 with Ladbrokes and Coral.

Other names to mention from the outsider bunch include the promising James Wilson at best odds of 100/1 with SportingBet, former champion Simon Whitlock at a top price of 100/1 with Ladbrokes and Coral and the talented but unpredictable Jelle Klaasen at a best of 200/1 with 10Bet and SportPesa.

Michael Van Gerwen is by no means infallible but when he gets into a run of form, the Dutchman is so hard to stop. He’s also a multiple winner of this event and while, in theory, there should be a level playing field when he steps up to the oche next Thursday, that is a trend that so often continues in the game of darts.

With Gary Anderson absent, MVG looks to have a clear run so by all means get behind the favourite if you want a small profit but we’ll be looking for some each way punts to see if we can get some better value.

Our selections come from the bottom half off the draw and involve Mensur Suljovic and Gerwyn Price, both of whom look to have the form required to make any sort of challenge to the favourite. Not all bookmakers offer E / W options but Ladbrokes for Price and SportPesa for Suljovic can cover the following tips.