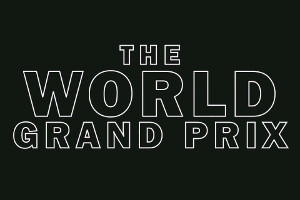 Darts’ Champions League gave us another weekend of exciting action on the PDC circuit and this weekend we have another Major tournament to look forward to. The World Grand Prix runs across seven days over in Dublin this week and we’ve another strong field in contention for the title.

Gary Anderson returned rested and refreshed to take that Champions League title in Brighton and the Flying Scotsman is here, alongside Michael Van Gerwen who holds the best record in the World Grand Prix out of those who are still playing.

Let’s move on with a quick guide to this event, before taking a look at 2018’s runners and riders.

The World Grand Prix is one of the older events on the circuit after the first edition was held in Rochester, Kent, in 1998. The following year the tournament switched to Rosslare and since 2000, the Citywest Hotel in Dublin has been the permanent venue.

The legendary Phil Taylor was the first winner back in 1998 and the Power went on to claim the first three editions of the World Grand Prix. Taylor is the most successful thrower in the history of this event while the next best record belongs to Michael Van Gerwen who has three titles.

While those two have won 14 of the 20 tournaments to have taken place so far, the format of the event has led to some shocks in the past. The World Grand Prix follows the double in - double out rule so a player cannot start to get a score on the board until he has hit the outer ring.

Even the best players can be stuck trying to land those opening doubles so perhaps that’s why we have seen World Grand Prix titles go to Alan Warriner, Robert Thornton and Daryl Gurney in the past.

The World Grand Prix also brings in the sets format which is rarely used outside of the World Championships. There are 32 players taking part and the first round is the best of three sets, followed by the second round which is best of five.

The quarter finals are also best of five, followed by the semis at best of seven and the final at best of nine. The action gets underway on Sunday September 30th and concludes the following Saturday, October 6th so now we have our format confirmed, let’s take a look at this year’s field.

As usual, Michael Van Gerwen takes his place at the head of the outright betting but for once, the Dutchman is available at an odds against price. MVG’s shortest numbers start at Even Money and he is currently available at an industry best of 6/5 with SportingBet.

Perhaps the double-in format has affected those figures but it should also be remembered that Van Gerwen, while he remains the best player in the game, has hardly dominated the circuit this year.

Behind Mighty Mike is second favourite Gary Anderson who is available at 7/1 with Royal Panda. The Flying Scotsman heads to Ireland on the back of that Champions League win and it’s been a productive twelve months for the double world champion.

Moving through the list, we find last weekend’s beaten finalist Peter Wright at best odds of 8/1 with MarathonBet and 188Bet, followed by current PDC world title holder Rob Cross at a top price of 9/1 with Coral and Betway.

Behind the top four, we have a significant gap in the betting until we reach Mensur Suljovic at best odds of 22/1 with William Hill and Royal Panda. The Austrian mounted a respectable defence of his Champions League title last week and it’s been another good year for ‘The Gentle’ so he can’t be ruled out.

Next we have three darters available at the same top industry price of 40/1. Michael Smith can be claimed at that figure with Unibet, followed by Daryl Gurney at 40/1 with Ladbrokes and completing the trio is Adrian Lewis at that same 40/1 with William Hill.

Of those three, Gurney won here twelve months ago and is therefore our defending champion while Lewis was a runner up to James Wade in 2010.

We’ve already seen some fairly distant prices but there could be some even better value as we keep moving through the list. Ian White was a recent winner on the PDC circuit and he is on offer at best odds of 50/1 with 10Bet while the dangerous Raymond Van Barneveld is back after a break and can be claimed at that same 50/1 top price with William Hill and SportingBet.

James Wade is a two-time winner of the World Grand Prix and there could be some interest in the left hander at a best of 66/1 with BetFred and Boylesports while other distant prices to consider might include Simon Whitlock at 80/1 with Ladbrokes and Gerwyn Price at 100/1 with SportingBet.

Those two men met in the recent final of the International Open with Price coming through to take the title and both have some good recent form to take into account.

We’ve discussed the unusual format of this event and the quick nature of the early rounds can also lead to some surprise results. It could, therefore be a week to consider each way punts rather than a straight winner and while it’s a tough call, there is some definite value in this field.

We know that Michael Van Gerwen has an exceptional record in this tournament and some will feel that he is a value pick at a rare odds-against price. Then we have Gary Anderson who has arguably been more consistent than Van Gerwen over the course of a long season.

One of the prices that jumps out sits next to Michael Smith but the 40/1 comes from Unibet, neither of whom are currently listing each way options for this tournament. Supporters of Bully Boy who want an Each Way punt would therefore have to shorten to the 28/1.

We’re also interested in Mensur Suljovic at 22/1 after another strong campaign while Peter Wright’s recent results also show a return to form after a subdued start to the year.

It’s a tough call but this could be time for Michael Van Gerwen to come good as he builds towards the World Championships at the end of the year. At 6/5, we’re still not that interested however so, in view of the unusual format and the potential for surprise results, our tips this week are on Suljovic and Smith in the Each Way betting.